Arizona Gov. Doug Ducey told a Phoenix-area radio station that he anticipates state lawmakers will have to revisit a law next year that presumes cancer is a compensable condition for firefighters to address complaints about cities inappropriately denying claims. 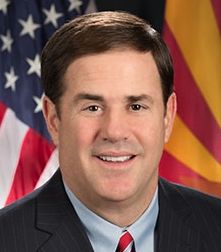 Radio station KTAR has been one of the media outlets in Arizona reporting on a handful of firefighters who say their work comp claims for cancer were denied despite the state law presuming the disease was caused by their employment.

Arizona’s presumption is more nuanced than those in some other states. Firefighters have to meet three prerequisites before the burden of proof flips to require employers to disprove a claim. For the presumption to apply, a firefighter must have had a clean pre-employment physical, at least five years of hazardous duty and prove exposure to a carcinogen that is related to the claimed cancer.

Ducey reportedly told KTAR that he thinks claims handling processes might need to be changed, but he doesn’t know why claims are being denied in the first place.

“I think there must be some unintended consequence in this law,” he said. “There is something, some loophole. Or not.”

The governor said the first question to answer is whether insurance companies are causing the problem or whether the statute itself needs to be revised. And he said he wants to ensure that the intent of a bill he signed in 2017 is realized and firefighters don’t have to fight for cancer benefits on a daily basis.

House Bill 2161 added about a dozen types of cancer to the presumption, along with the requirement for a firefighter to have received a physical exam to qualify.

Ducey reportedly said he believes the 2020 session will be dedicated to finding a solution to the denials.