Eighteen months after she was appointed, the Minnesota Commissioner of Labor and Industry was de-confirmed this week by the state Senate, according to a Minneapolis news report. 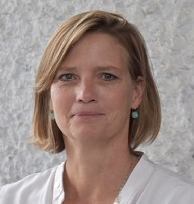 Commissioner Nancy Leppink, whose office oversees the state Workers' Compensation Division, was named to the post in February 2019 by Gov. Tim Walz, a Democrat-Farmer-Labor Party member. But Republican lawmakers have complained that Leppink has been too heavy-handed in enforcing regulations and has not listened to business groups' concerns.

The Republican-majority Senate voted 34-32 to deny Leppink's confirmation during a special session. A Senate committee in May moved her nomination to the floor without a recommendation for confirmation, the news report said.

Democrats said the move was unexpected and underhanded, and came just after the Senate voted to end emergency powers for the governor during the virus pandemic. That action failed to pass the more progressive House.

"Without any previous or public notice, (Senate Republicans) called for a last-minute confirmation vote for the Commissioner of the Department of Labor and Industry," Senate Minority Leader Susan Kent, of the Democrat-Farmer-Labor conference, said in a statement. "The dishonest representation of today’s agenda is irresponsible, completely disingenuous and fails to serve the best interests of working Minnesotans during a global pandemic."

Republicans have called for relaxing some regulations while businesses struggle during the virus shutdown and recession.

“We need a DLI commissioner whose priority is being responsive, supportive and open to helping business, and not one who is interested in regulating, harassing or closing businesses — especially as we plan safe reopenings during COVID," Senate Majority Leader Paul Gazelka, a Republican, said.

IL - No Benefits for Teacher Attacked in Classroom
1042 views

NATL. - CMS Move to Allow More Types of Outpatient Surgery Could Be 'Huge' in Comp
By William Rabb (Reporter)
584 views