Georgia Gov. Brian Kemp said today that he is not quite ready to ask state Insurance Commissioner Jim Beck to step aside, something state law allows the governor to do after an indictment. 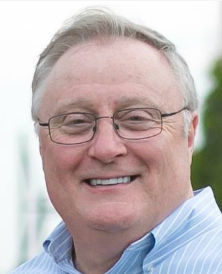 “We’ve had a lot of legal issues pop up in the last 12 hours since the indictments came out, and we’ve got a legal team working on that,” the governor told The Atlanta Journal-Constitution newspaper.

Beck, who took office in January, was indicted by a federal grand jury on Tuesday. He is accused of siphoning more than $2 million from a former employer, an automobile insurance association, for personal use and campaign spending, according to news reports and the indictment.

Beck's attorneys have said the commissioner is innocent and will fight the charges in court.

Pressed on whether the charges against Beck undermine the credibility of state government, Kemp said he needed more time to assess the situation.

“It’s very troubling, obviously. But I want to be very thoughtful about this issue and make sure I have all the facts before I make a decision,” Kemp said. “There are a lot of legal issues tied to that — it’s not as simple as a political question, unfortunately.”