A traffic officer for the Los Angeles Police Department was sentenced to three years' probation after pleading guilty to a workers’ compensation fraud charge, while a former Santa Clara County sheriff’s lieutenant will be on house arrest for six months, under terms of a plea agreement. 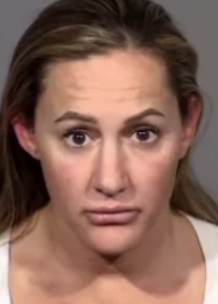 Mandy Henderson, 41, on July 22 pleaded no contest to a single felony count of making a false statement to obtain insurance benefits, according to a report by the San Jose Mercury News.

Henderson was reportedly trying to secure disability retirement payments from Santa Clara County that would have been worth about $3.3 million.

Prosecutors said Henderson engaged in strenuous workouts while receiving workers’ compensation benefits and claiming to be too injured to work. A detective wrote a report saying it appeared Henderson had no interest in returning to a modified position because she moved to Las Vegas before her disability retirement was approved.

Henderson was also sentenced to three years of probation.

Jason Gordon, 48, pleaded no contest to a misdemeanor fraud charge relating a claim he filed in 2016. He was arrested after investigators claim to have observed him engaging in activities that were inconsistent with his claimed injury.

Gordon was ordered to pay restitution of $12,000 and perform 300 hours of community service.