Two well-known workers' compensation attorneys were candidates for the Louisiana House of Representatives, but only one survived Saturday's election. 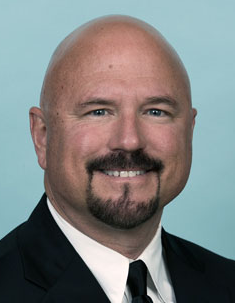 Frieman, a Republican and New Orleans native, had promised to work for a number of employer-friendly comp reforms, including a drug formulary and more standardization to the state's often-criticized medical treatment guidelines. He also vowed to work for legislation that could help stem job and population losses in Louisiana in recent years.

Mustian won 29% of the vote Saturday to Henry's 71%, according to news reports.

Mustian, known for his lobbying the Legislature for worker-friendly reforms, had hoped to bring a better atmosphere to the Capitol, according to a news blog that interviewed him. He also hoped to make the comp system easier for workers to navigate, and straighten out some issues with appeals bonds and with the treatment guidelines.

The House seats were open because the current lawmakers were term-limited. The legislative session begins March 9, 2020.

NATL. - Fraud Investigations Have Slowed; Telemedicine May Be the Next Big Wave
By William Rabb (Reporter)
801 views