Prosecutors: Man Claiming Crash Was Work-Related Was on His Way to Court

A south Florida man said he was on his way to a job site last summer when his vehicle struck a guardrail. He was injured and collected more than $135,000 on the workers' compensation claim. 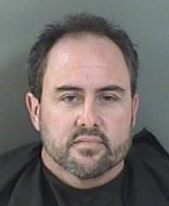 Authorities now say Curtis Huff Jr., 50, of Vero Beach, was actually driving to court to stand trial on previous charges, including battery of a law enforcement officer, according to a local news report.

He was released from the Indian River County Jail this week on $20,000 bail and faces a Feb. 15 court appearance.