A federal grand jury indicted the ex-mayor of a city in Southern Illinois for allegedly lying to investigators about his role in an insurance scheme involving the mayor of another city, according to a report by the Belleville News-Democrat. 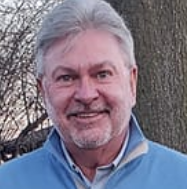 Hutchinson resigned March 1 and pleaded guilty March 22. He was sentenced to two years' probation and fined $500.

The indictments allege Hutchinson was a director with C.J. Thomas Insurance Co. in St. Louis and owner of B.M.C. Associates. He earned commissions on insurance policies for Columbia city employees, unbeknownst to the City Council, according to the report.

Lowry was an insurance agent and owner of Ackermann Agency.

Lowry told investigators that he didn’t pay Hutchinson for the referral, but Lowry allegedly directed $15,854 to C.J. Thomas from 2016 to 2018, or about 40% of the commissions he earned on Columbia’s policy.