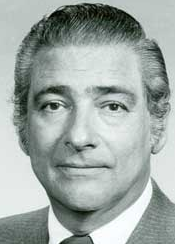 The Baltimore Sun newspaper reported that Millstone was secretary of the Maryland Department of General Services in the late 1970s, then served as a compensation commissioner from 1983 to 2006.

“He was so modest,” said his son, Sam Millstone. “He had no ego at all. He didn’t rise high from ambition, but accomplishment and merit. He did well by doing well for the state.”

Millstone was known for promoting fairness in government. While at the General Services agency, he investigated abuse in awarding state contracts, eliminated an informal bid system and improved opportunities for minority-owned businesses. The actions angered some white contractors, and Millstone endured threats and found a cross burning in his yard one night, the newspaper reported.

Millstone graduated from Baltimore City College in 1946 and took night classes at the University of Baltimore to earn his law degree. He worked as an assistant Baltimore solicitor, specializing in real estate, before joining the state government.

The Workers' Compensation Commission noted on its website that it mourns the passing of Millstone.