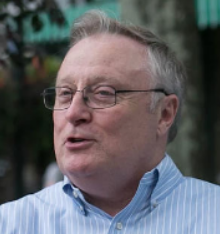 )Prosecutors said Beck embezzled more than $2 million from the Georgia Underwriting Association and used the money to finance his 2018 campaign. Beck, who was indicted four months after taking office, will be sentenced Oct. 8.

Beck has been drawing the same salary as John King, who was tapped to serve as the interim insurance commissioner. King reportedly said the state took Beck off the payroll within hours of the verdict.

“The state of Georgia is no longer paying for two commissioners,” King said.