Former Georgia Insurance Commissioner Jim Beck was sentenced to seven years in prison following his conviction on 37 counts of fraud and money laundering through a high-risk property insurance association he managed. 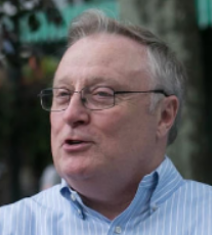 The Statesboro Herald on Tuesday reported that Beck received a shorter sentence than the 10 years federal prosecutors sought. Beck was also ordered to pay $2.6 million in restitution.

Beck, who was elected in November 2018, was indicted in May 2019 on charges including wire fraud, mail fraud and money laundering. The indictment alleged Beck encouraged friends to start companies and send invoices to the Georgia Underwriting Association, a state-chartered property insurer of last resort that he used to funnel money to himself.

A jury convicted him following an eight-day trial.

Beck on Tuesday said he was “completely and totally responsible” and that he accepted the jury’s verdict, according to the Herald’s report.

U.S. District Judge Mark Cohen reportedly belittled Beck’s testimony at trial, saying it appeared the former commissioner “was making it up as he was going along.”