Contractor Sentenced to 3 Years, $303,000 in Restitution After Worker's Death

The owner of an Akron construction company has been sentenced to three years in prison, almost two years after one of his workers fell from a three-story apartment complex and died. 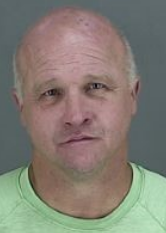 James Coon, 53, pleaded guilty last month to involuntary manslaughter after failing to provide safety equipment and workers' compensation insurance for his employees, according to a local news report. He was sentenced last week by Judge Alison McCarty. Coon must also pay more than $303,152 in restitution to the state-run Ohio workers' compensation system.

The fatality was the third incident for Coon. Two other employees had fallen off or fallen through roofs and were injured, and in 2018, investigators observed more of Coon's workers scraping a roof without fall protection.

The judge said Coon should have known of the dangers.

“Certainly, you didn’t intend for this to happen, Mr. Coon, and I believe you are remorseful,” she said. “That doesn’t change the fact it did happen, and it could have been prevented.”

Coon apologized to the family of worker Gerardo “Jerry” Juarez, who slipped and fell on his second day on the job in November 2017. But Juarez's family was in no mood to be placated. Juarez's mother-in-law, Maria Green, spoke through tears at the sentencing and asked Coon to look at Juarez's five children and explain why their father is dead.

“I will never forgive you,” Green said to Coon. “You do not deserve a break. All they have are his pictures, memories and a box of ashes. Shame on you.”

Coon's construction company is now out of business.