By David B. Torrey

He cites and evaluates the studies that have sought to ascertain whether firefighters are at increased risk of developing cancer and — along with others, including IARC — finds that they are inadequate in evidencing such a phenomenon. At best, prostate, testicular and brain cancer may be implicated, but in Neuhauser’s view (paywall), the science is weak even as to these types of cancer in establishing a pattern of causation.

Neuhauser unequivocally recommends that legislatures not enact such statutes. He declares, “What does all this mean for policymakers? The evidence for elevated risk of cancer among firefighters should be considered insufficient for adopting presumptions ... Presumption[s] lead to [unjustifiable] extra costs being imposed on local jurisdictions."

True, some studies have suggested increased risk, but Neuhauser finds three major weaknesses attendant to such studies. First, most firefighters have group health insurance, so cancers are more readily identifiable in that occupation than in the general population. Second, firefighters, overall, live longer than members of the general public and are more likely than others to develop cancer. Third, studies that show greater incidence are retrospective in nature and, for the most part, observed Caucasian men, a group that has a substantially greater rate of cancer than the general population.

Neuhauser also rejects the proposition that the cancer presumption in the instance of firefighters should be expanded to other maladies, such as heart disease, hypertension, tuberculosis and other respiratory diseases, post-traumatic stress disorder and MRSA.

“Again,” he admonishes, “the evidence for elevated risk among firefighters for any of these conditions is nonexistent, inconsistent or even contradictory.”

Neuhauser’s critique is familiar to the Pennsylvania reader. In the wake of Act 46, the scientific integrity, or lack of the same, of the firefighter cancer presumption has been well-aired in the court precedents. A minor library of cases is, indeed, available where Dr. Tee Guidotti, testifying for the City of Philadelphia, questions the presumption and ridicules the firefighters’ expert, a Dr. Singer, for suggesting that occupational cancer in a firefighter can be deemed exposure-related based not on epidemiological evidence but, instead, via the differential diagnosis method.

Of course, we know that physicians (and judges) cannot “attack” or “reject” a statutory presumption. That is a lesson from both the workers’ compensation and black lung litigation of many years back. Neuhauser knows this, and his remedy is that legislatures should never feel pressured into enacting such scientifically bereft legal devices in the first place.

Readers of Neuhauser’s essay may assume that any firefighter who develops cancer and receives a presumption of causation automatically receives an award. But the notion that the cancer-victim firefighter is always on the receiving-end of the purported giveaway is incorrect.

Presumption laws create rebuttable presumptions. In practice, municipalities often, if not always, oppose such claims and are often successful. In Pennsylvania, meanwhile, the presumption of causation is a mere procedural device, and when the municipality produces any level of contrary causation evidence, the burden of proof is once again on the firefighter to prove causation, just like in any other case.

In contrast, in some states, like Virginia, the firefighter’s cancer presumption is substantive in nature — that is, an element of proof, and aids the cancer victim throughout any dispute.

In any event, given the procedural character of the presumption in Pennsylvania, some observers have questioned whether the presumption device really assists the disease-victim worker. Notably, during the dust disease wars of the 1970s and 1980s, injured workers (coal miners alleging pneumoconiosis, and steelworkers alleging silicosis) never relied solely on the presumption. To the contrary, they always presented expert testimony in support of causation.

In arguing against presumptions, Neuhauser may have launched the proverbial “assault on a citadel.” He realizes that, in the present day, firefighters have a strong lobby and are politically powerful. However, presumptions, though currently trending, are not menacing 21st century phenomena like legalized marijuana and comfort dogs on airplanes.

To the contrary, presumptions have been found in workers’ compensation laws for more than a century. Notably, a disease-of-the-heart-and-lungs presumption for firefighters has been a feature of Pennsylvania law since 1939.

Meanwhile, the British Workmen’s Compensation law of 1906 contained a list of diseases, to which attached presumptions of causation relative to workers who had exposure to the related disease hazards: “If the workman at or immediately before the date of the disablement … was employed in any process mentioned in the [list of occupations] … and the disease contracted is the disease … [paired with such occupations] … the disease, except where the certifying surgeon certifies that in his opinion the disease was not due to the nature of the employment, shall be deemed to have been due to the nature of that employment, unless the employer proves the contrary.”

True, cancer in firefighters was not on the list. The law concerned itself more with anthrax in wool sorters, and hookworm disease in coal miners. The point to remember, however, is that presumptions in workers’ compensation laws are not some modern device, custom-manufactured to coddle to the lobby of a special constituency.

David B. Torrey is adjunct professor of law at the University of Pittsburgh School of Law and a workers’ compensation judge with the Pennsylvania Department of Labor & Industry. This entry is republished from the Workers' Compensation Law Professors blog, with permission.

An Alabama woman has pleaded guilty to cashing her deceased mother's Ohio workers' compensation checks for more than a year, the Ohio Bureau of Workers' Compensation reported. Patricia Barney was sentenced to five years of probation and must pay the bureau $18,000 in restitution, according to a news release. BWC’s Special Invest... Read More

Correctional officers and motor vehicle enforcement officers will be covered by workers' compensation if they are diagnosed with any of several infectious diseases, says a bill passed Wednesday by the Virginia legislature. House Bill 169, sponsored by Rep. Roslyn Tyler, D-Jarratt, was approved by the Senate 39-0, two weeks after it passed... Read More

Arkansas' chief workers' compensation judge is in a tight race for an open seat on the state Supreme Court, a spot that will be decided in less than two weeks. Barbara Webb, who has been with the Arkansas Workers' Compensation Commission for almost 13 years, faces Circuit Court Judge Morgan “Chip” Welch in the March 3 e... Read More

A New Jersey subcontractor has been ordered to stop work and pay more than $19,000 in fines for allegedly misclassifying workers, failing to obtain workers' compensation coverage and failing to deduct taxes. The citation by the state Department of Labor and Workforce Development is one of the first significant actions after the Legislatur... Read More 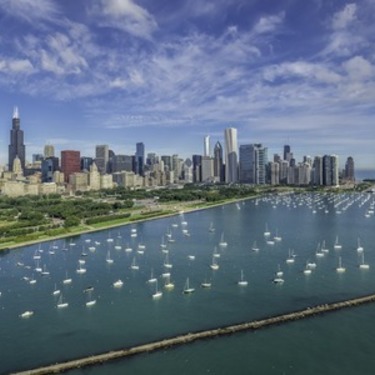