The ruling reinstates the decision of Tennessee Court of Workers’ Compensation Claims Judge Lisa Lowe, Knoxville, who denied the employer’s summary judgment motion, but the Appeals Board reversed.

In Goodwin v. Morristown Drivers Services, Charles Goodwin, a Georgia resident, was injured in an on-the-job motor vehicle accident in Tennessee. Morristown filed a Tennessee first report of injury and paid for his emergency treatment.

Goodwin filed a claim with the Georgia State Board of Workers’ Compensation, but Morristown argued Georgia didn’t have subject matter jurisdiction. He then filed a petition in Tennessee and pursued both claims concurrently. After engaging in discovery, the Georgia board held a hearing and, without ruling on the merits, dismissed for lack of subject matter jurisdiction.

Goodwin continued to pursue the Tennessee claim. Morristown moved for summary judgment, which Lowe denied, reasoning that no court had addressed the merits of the claim.

Morristown appealed to the Appeals Board, which reversed in a split decision.

The lead opinion concluded that Goodwin and his attorney engaged in “extensive discovery” and participated in the Georgia hearing, where he testified and introduced documentary evidence. Because he knowingly elected to pursue benefits in Georgia, his failure to establish jurisdiction there didn’t prevent the Tennessee court from applying the election of remedies doctrine.

The dissent wrote that the lead opinion hinged on an “unduly strict and unnecessarily harsh” interpretation of the doctrine, leaving Goodwin without a remedy.

On May 4, the Supreme Court Panel reversed the Appeals Board decision in a six-page opinion authored by Justice Sharon Lee.

The controlling case, Gray v. Holloway Construction Co., explained the election of remedies doctrine: An employee who knowingly and voluntarily accepts workers’ compensation benefits under another state’s laws, or who “actively pursues a claim in a venue that has jurisdiction,” is barred from filing a later claim in Tennessee. Goodwin cited Gray in support of his argument that the doctrine didn’t bar his case.

In contrast, Morristown relied on Bradshaw v. Old Republic Insurance Co., which held that the doctrine may bar a claim even when the employee receives no benefits. The employer also cited Eadie v. Complete Co., which held that the filing of a claim in another state, the hearing request there and taking depositions were “affirmative acts” to serve as an election of remedies barring the Tennessee claim.

“[A]n injured employee cannot elect a remedy that is unavailable,” Justice Lee concluded. “The dismissal of Mr. Goodwin’s claim in Georgia for lack of subject matter jurisdiction established that, without regard to the merits of the claim, there was no remedy available to him in that state. Mr. Goodwin’s Tennessee claim is not barred by the election of remedies doctrine because the Georgia board had no jurisdiction to hear the claim, and thus there was no remedy to elect in Georgia.”

The board remanded the case to the trial court for further proceedings.

Jane Salem is a staff attorney in the Tennessee Court of Workers' Compensation Claims, Nashville. This entry is republished with permission from the court's blog. 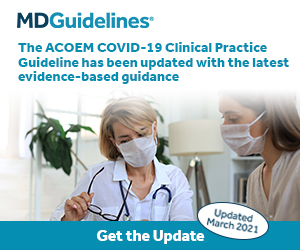